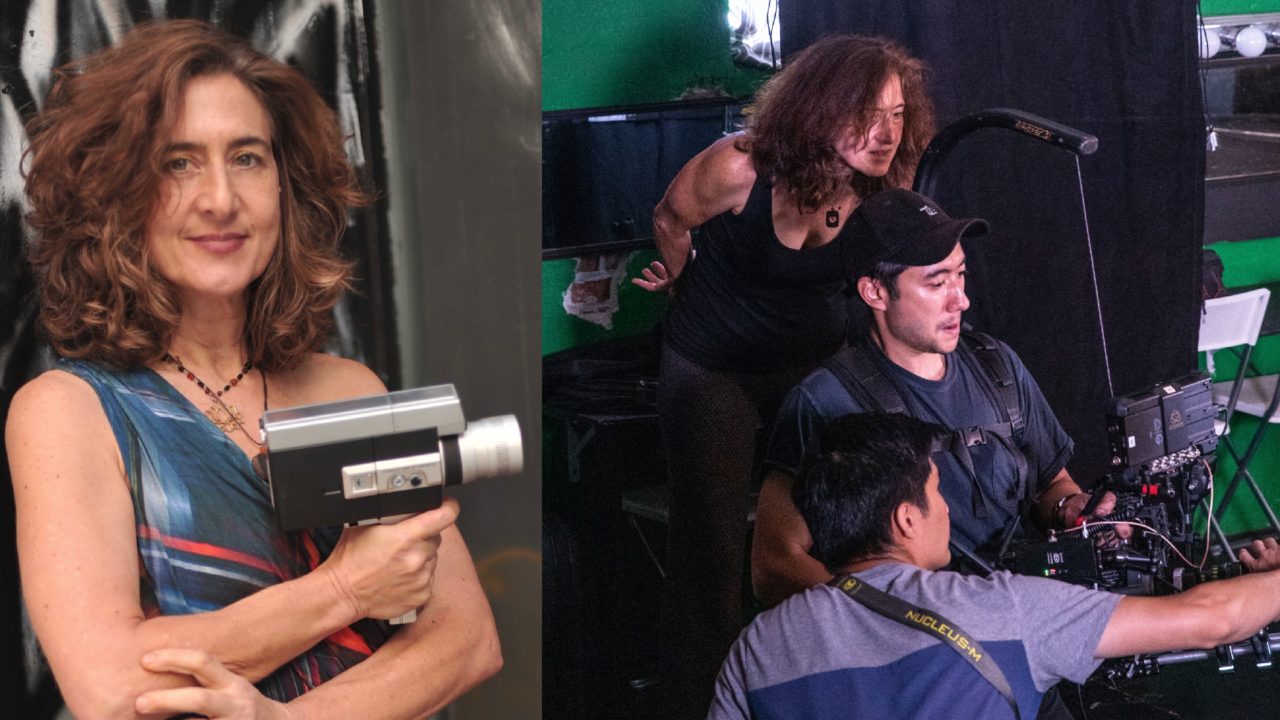 Award-winning director Varda Bar-Kar was born in England, to a South African mother and Romanian father and had lived on three different continents by the time she was ten years old.  Her international upbringing provides her with a global perspective and a deep appreciation for diverse cultures.  She is an “artivist” filmmaker focusing her creative lens on meaningful stories exploring the breadth and diversity of the human condition. She faces society’s challenges with an uplifting approach that speaks into possibility.

Varda transitioned into directing after working as a Script Supervisor for maverick feature directors like Jim Jarmusch, Wayne Wang, and Carroll Ballard. She developed her directing voice creating scripted short films, including the festival-winning Window starring Louis Gossett, Jr.  Window screened at Cannes and aired across the United States on local affiliate stations in honor of Black History Month. She was selected to participate in Ryan Murphy’s HALF Director Mentorship Program where she shadowed directors Brad Buecker and Gwyneth Horder-Payton. She went on to direct for the hit FOX show 9-1-1. Her episode entitled “Buck, Actually” stars Angela Bassett, Jennifer Love Hewitt, and Peter Krause.

Varda’s documentary feature Big Voice which she produced and directed received the “Best Premiere Documentary” award at the Heartland Film Festival, “Best Feature Documentary” at NewFilmmakers Los Angeles, and “Best Family Documentary” at the South Dakota Film Festival. Big Voice screened at the United States Capitol in advocacy for Arts Education, broadcast on PBS winning a Bronze Telly Award, and was picked up by Netflix.  Her documentary A Million Spokes required four unique camera units each following a select group of cyclists riding across the state of Iowa in the largest, longest, oldest, bike tour in the world called Ragbrai.  A Million Spokes aired nationally on the Documentary Channel.

Varda’s newest film Fandango at the Wall (Tiger Turn and Sony Music Latin) is an exuberant feature documentary that follows renowned Grammy award-winning New York Maestro Arturo O’Farrill and his Afro Latin Jazz Orchestra to Veracruz, Mexico where he meets the masters of son jarocho and accompanies them to the United States-Mexico border transforming the barrier from an object that divides to one that unites. Quincy Jones, Andrew Young, Carlos Santana, and Kabir Sehgal serve as the film’s Executive Producers and, it was funded in part by the Ford Foundation and Miranda Family Foundation. Fandango had a robust festival run winning the “Best Documentary Audience Award” at the San Diego Latino Film Festival, a nomination for the Grand Jury Prize at the Florida Film Festival, and a “Silver Spotlight Award.” Fandango at the Wall was picked up by HBO/HBO MAX.

Varda sits on the board of NewFilmmakers Los Angeles and is a member of the Directors Guild of America (DGA), the International Documentary Association & Film Fatale.H