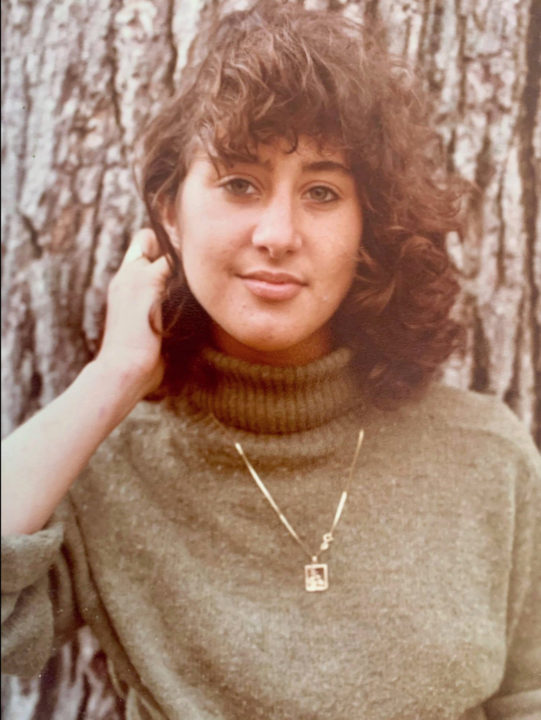 Patrick had already made his way halfway across the arts quad by the time I caught up with him. I invited him for dinner at my dorm’s cafeteria where I could bring guests for free because I had a part-time job in the kitchen. Patrick declined. He explained that he was recovering from a painful break-up and wasn’t interested in getting into a relationship, and anyway he was already sleeping with several women and couldn’t take on any more. I told him that I was inviting him to dinner not to have a relationship. In fact, I was also bouncing back from a break-up and truly had no motives outside of getting to know him better.
The morning after our dinner together, I woke up in my dorm with Patrick decked out in sunglasses asleep in bed next to me. (I eventually discovered that even a tiny ray of light disturbs Patrick’s sleep, and my room had a large curtainless window.)
He and I were different in so many ways, and some of his ways annoyed me, and yet all I wanted was to spend every moment I could with him. Patrick was studious and he read a lot. Sometimes I felt he barely noticed me. I decided to test this theory. One evening, when I knew Patrick was coming over, I took off all my clothes and climbed up on the water pipes that stretched across the high ceilings of my dorm room. I was hanging from the pipes stark naked when Patrick entered. I watched him, from the ceiling. He sat in my armchair, pulled out his homework, and began to read. He did not notice me, but the shock on his face when I called out to him from above made me laugh and my concerns were allayed for a while.
A few weeks later, Patrick snuck me into the 1940’s style men-only boarding house where he had rented a small attic room. It was stoic and sparse and sexy. His bed was nested under an angular ceiling next to a small window opening up to the night sky. It was cozy and I loved being there. I don’t remember what I was saying, I just remember I was wrapped up in my own musings when Patrick drifted over to the small window, looked out, and said, “Look, it’s a full moon.” Or something like that. It was an innocent remark, but at the time, I was tortured by insecurity. I thought he was ignoring me and lashed out at him. As attracted as I was to Patrick, I had been finding all sorts of faults with him and making sure to point them out. For example, I thought he used way too much salt.
My constant criticism and the harsh way I spoke to him that night, proved to be a tipping point for Patrick. He turned to me with an incredibly sad look on his face, then fell to the floor and cried, “I can’t take this anymore.”
I understood that he was crying because this meant the end of our relationship. At that moment, I had an epiphany. I woke up to the self-centered judgmental sense of superiority that had wounded Patrick so deeply. I empathized with him and resolved to change my ways.
I sat next to him on the floor and we held each other as though we were in a rocky lifeboat unhinged by a sudden lightning storm. And when the waters calmed and the clouds cleared, we found love in the stillness of the full moon.