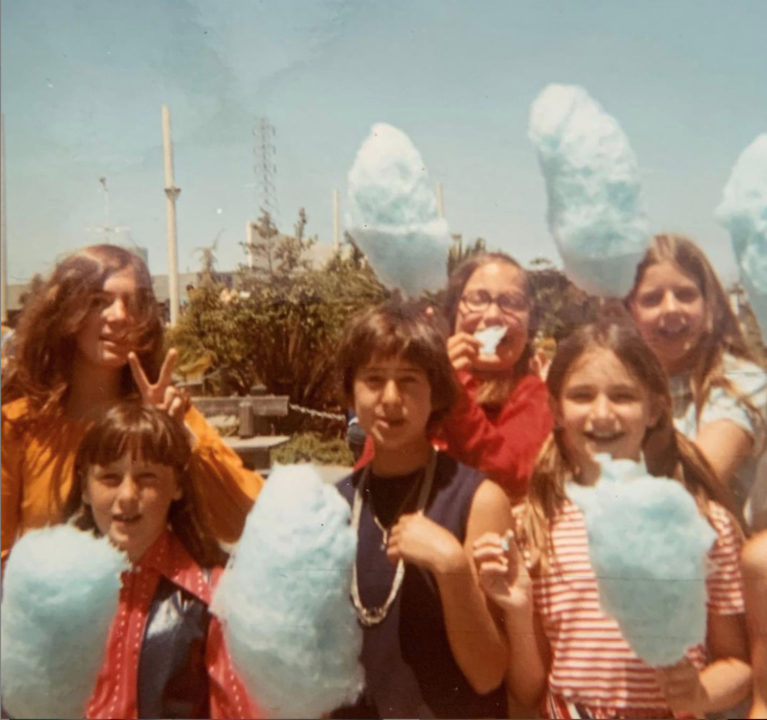 There is something transcendent about the appearance and texture of cotton candy. The way you can pluck a piece off that cloud of blue and pop it in your mouth. The crystalline texture melting against your tongue coating it with unapologetic sweetness. It was a rare treat. I had some fun times in San Francisco with my treasured friends. I invented an extra fun activity I called “fence climbing”. By that time we lived in a fancy pink house in Pacific Heights. Two-story homes lined the streets. They all had gardens with fences. Our garden was an unkempt jungle which I loved. I figured out that I could climb over our fence, dash across our neighbor’s garden, climb their fence, then go to the next fence, and the next. I invited my friends to join the fun. It was a rush, challenging, and thrilling because we had to avoid getting caught. Once and a while someone would spot us, shout at us, and we’d run for our lives. I was what they called a “tomboy”. I made my first film around that time. I locked two of my friends into our tiny dingy spare room with a bathroom adjacent to the kitchen and filmed them. It was an “experiment”. They had total meltdowns, uncontrolled laughter, tears, boredom. I used an 8mm camera to film them and recorded the sound with a cassette recorder. It was a mad experiment. I wish I still had that footage!