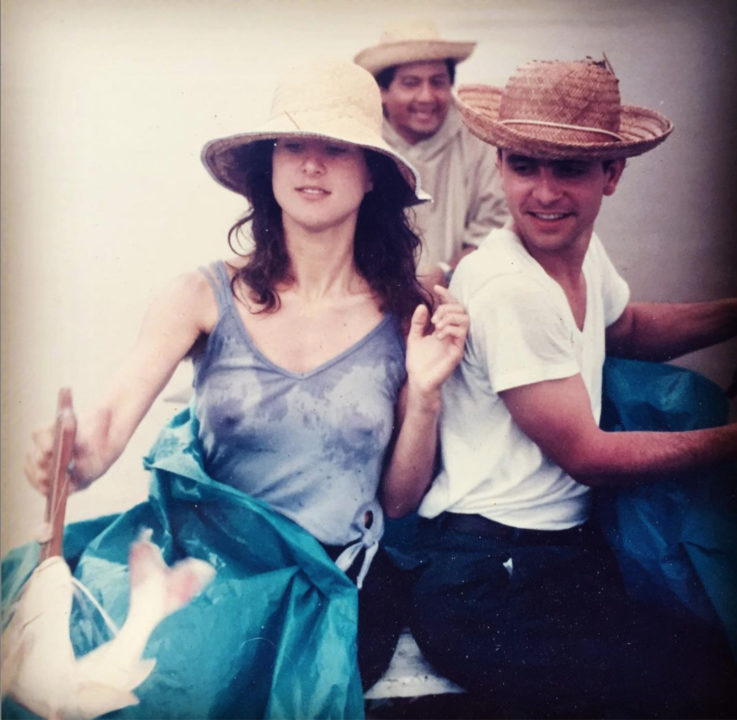 Patrick & I fishing in the Amazon River during a trip to Brazil where we spent a dreamy and adventurous 6 weeks traveling for the pure joy of it. We met so many beautiful people and a marvelous guide who took us down the Amazon River to fish for lunch and later to see the region’s pink dolphins. We had many adventures and misadventures. I’ll share two of the latter with you. Patrick was wearing a watch during this trip and in one of the neighborhoods we visited, where strife prevailed, the apparently alluring watch became irresistible to one young man who managed to rip it off Patrick’s wrist. Only thing is…Patrick has exceptionally fast reflexes and managed to grab one end of the watch before the young man could make his getaway. I, along with a growing group of bystanders, watched in disbelief and odd amusement as the two men locked eyes each tugging at the watch strap with disproportionate determination. The watch had little value outside of providing us with the correct time of day. I sort of hoped the thief would win since he probably needed the watch more than we did, but Patrick was the victor. He managed to hang on to the watch and slipped it into his pocket as we meandered on. I did ask Patrick why he didn’t just give the guy the watch. He explained that his reflexes had taken over and he just couldn’t let go. Later in the trip, I developed severe food poisoning. A doctor came to our hotel room and stuck a huge needle in my bottom injecting me with some medicine that was supposed to help. It didn’t. I won’t describe my symptoms but will say I couldn’t go far without having to rush to a bathroom. During this part of the trip, we had befriended a fun Rasta dude who offered to take me to see a local shaman who could cure me. Desperate, I agreed. A bus took us to a remote outdoor marketplace surrounded by fields. Our friend led us through a maze of stands to a tiny shack with a window cut out of corrugated metal. An ancient woman handed me a small bottle hanging from a line stretched across the opening. I drank it. Soon I was deep into a joyous curative hallucinogenic journey I will never forget.