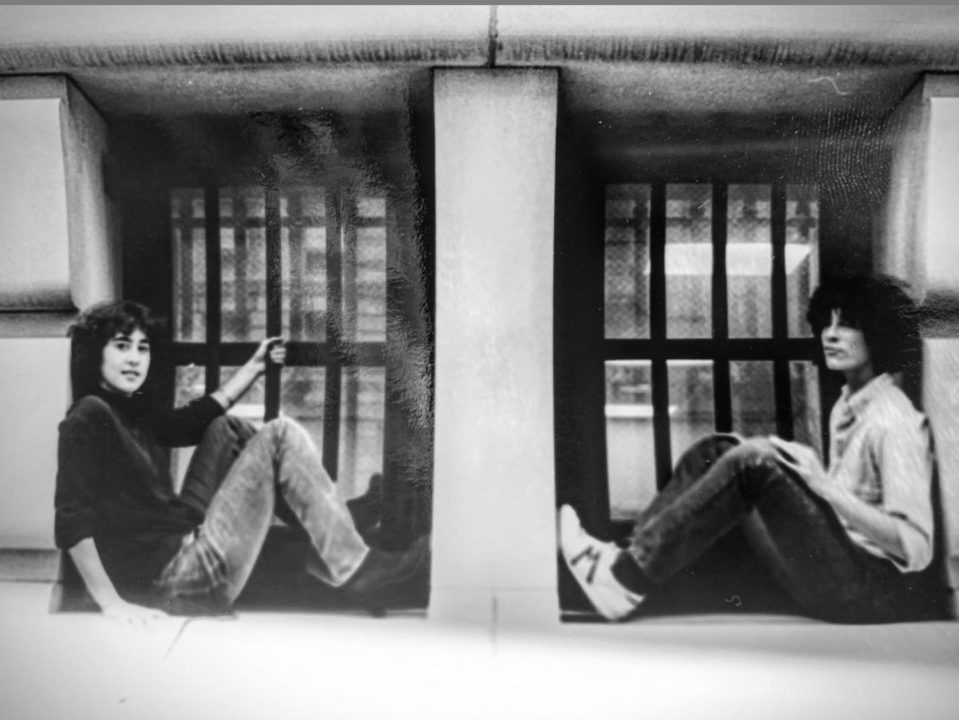 This photo of me and my high school friend Jaime Frankfurt was taken outside the Metropolitan Museum when we were in the 12th grade attending Dalton School in New York City. I have a bunch of these black and white shots of us posing outside the museum. The location is fitting considering Jaime has found much success in the art world and I love art. 🤍The museum was my place of refuge. My second year at Dalton I was invited to the prom, but then my date ignored me. I left and ran off into the night. I found myself at this museum where I discovered a mime. He wore a striped shirt and black leggings. His face was painted white and lit up by street lights. He mimed as though he was stuck in a box. I watched him for a while. Eventually, he spoke with me and we became friends. I was very fortunate to attend Dalton, a particularly elite institution mostly for the offspring of the privileged and the famous. I was neither, but somehow found my place there with the help of Jaime’s older brother, my good friend, Peter, who befriended me along with another friend, Eileen Roman who welcomed me into the gilded fold made more sparkly with nighttime escapades to Studio 54 (where we were ushered to the front of the line past the red velvet ropes blocking others from the entrance.) Always the free spirit, I never felt I fit in, but, not fitting in was my norm and I was ok with it. I stayed in my own little apartment on 72nd and Park, but I didn’t have much money for reasons I can’t go into. My friends would give me their hand-me-downs and bring me stuff, like records to listen to on my portable record player. I know some of you will remember that apartment. I was very lucky. I loved Dalton because the teachers there encouraged my creativity. Along with academics, I studied theater, painting, and dance which led to me interest in choreography. My knowledge of these art forms continues to inform my filmmaking today and for that I am grateful.