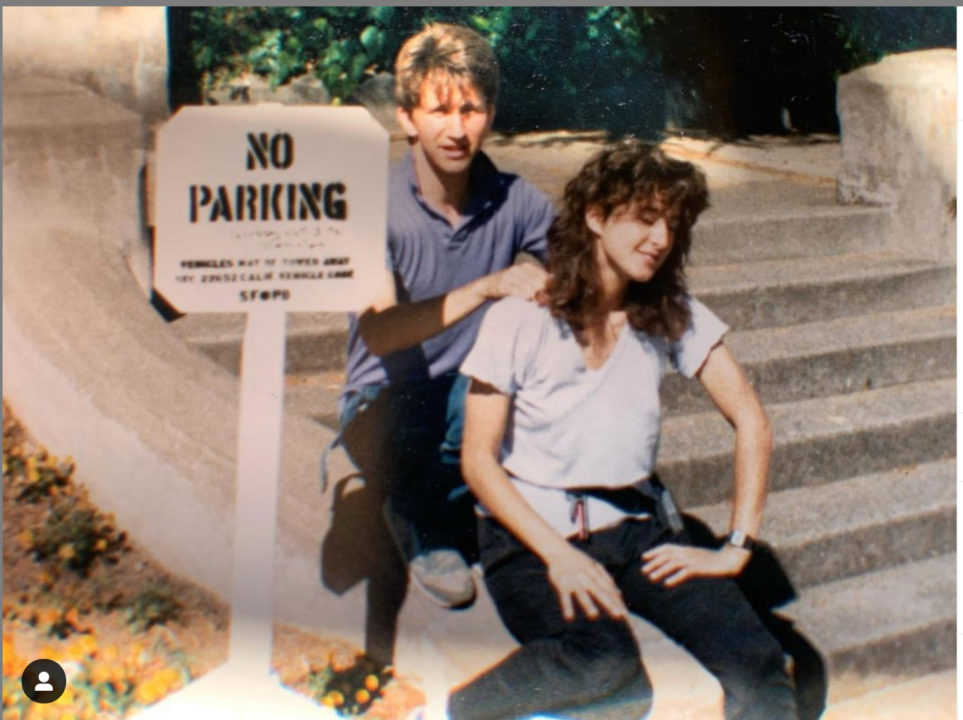 Two PAs (Production Assistants), me, and one of the sweetest people you’ll ever meet Adam Moes on the streets of San Francisco working on one film production or another. I can’t remember which one. Could be “Crazy Like a Fox” or “Starman” or maybe a commercial. PAs would often arrive at dawn and leave well past wrap time. Most of us worked our asses off. Eager to excel, eager to impress, eager to move up. We managed pedestrians. We made sure everyone had water. We took the film to the lab. We brought “the talent” to the set. We carried the coolers. Brought the snacks and shared them with the crew. Made sure the director had coffee. We cleaned up after the crew. We distributed the call sheets, copied scripts, and handed them out. I used to walk the star 🌟 of “Starman” to the set. Between the honey wagon and the location, he’d share his life story with me. It was fun. One day, a Hollywood producer asked me to meet him at his hotel room once the day was wrapped. I was excited to be singled out for some special task. He greeted me with only his robe on, naked underneath. We hear these stories over and over again, but when it happens to you, you still can’t believe it. He wanted me to have sex with him and literally said to me, “If you do not do this, I will make sure you will never make it in the film business.” Crazy, but a true story. I endured these kinds of behaviors and worse for years to come, but I was not going to let it stop me. Mostly, I made the most of being a PA. I met some incredibly wonderful people, like Adam. I learned loads about film production, and I had many great adventures!