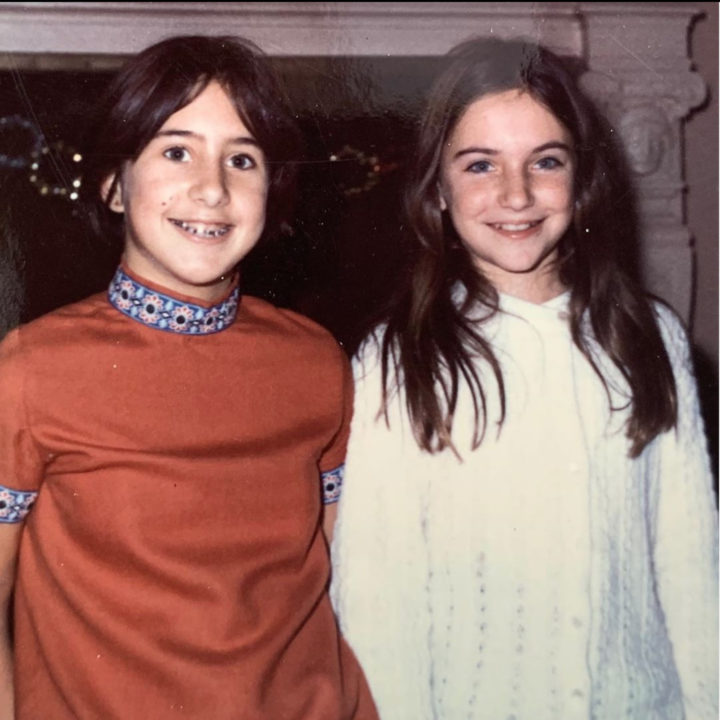 The fates are full of surprises. Here I am in San Francisco with Julia Dean, the daughter of the Australian Consulate, with whom I immediately felt a commonality because she had traveled almost as much as I had by this point. I love Julia and her family, but she was a visitor, I was here to stay. Moving from London to San Francisco brought with it a deep and unsettling sadness. I think mostly because as a child I had no agency. Unsettling things happened and I had to figure out how to make the most of those things. I was determined to find joy in the tumult. I had only met my mother’s fiancé Dave Hardy right before we left England, now we were living with him in his bachelor pad. He was a very nice man, but, a stranger. I, a Jewish girl, was placed in a Catholic School situated in Chinatown. Many of the other students conversed in Chinese. The teachers wore nun habits. We soon moved to another apartment in a residential area called Pacific Heights. My sister and I were struggling to adjust so my mother got us the cutest dog you’ve ever seen. An all-black terrier mix we called Sunday. My mother was right. Sunday brought such joy into our lives. (We have been given a Yorkshire Terrier called Charlie a few months before leaving London and leaving Charlie behind was one of the difficulties we were struggling with. Sunday was a worthy replacement.) We loved Sunday at first sight. About a month after she came into our lives, my sister and I were asked to walk her to the pet clinic where we got her for a check-up and vaccination. As we approached the clinic Sunday panicked. She must have thought we were returning her. She slipped out of her collar and ran into the street just as a car was driving by. We watched her get run over. I will not go into the horrific details of our attempt to try to save our new dog. Her injuries were too severe. Sunday was gone. I know I don’t have to say any more for you to feel the impact of this loss on two children whose joy had been invested into this sweet little dog. That was a tough one to get over, and it took some time before we did.