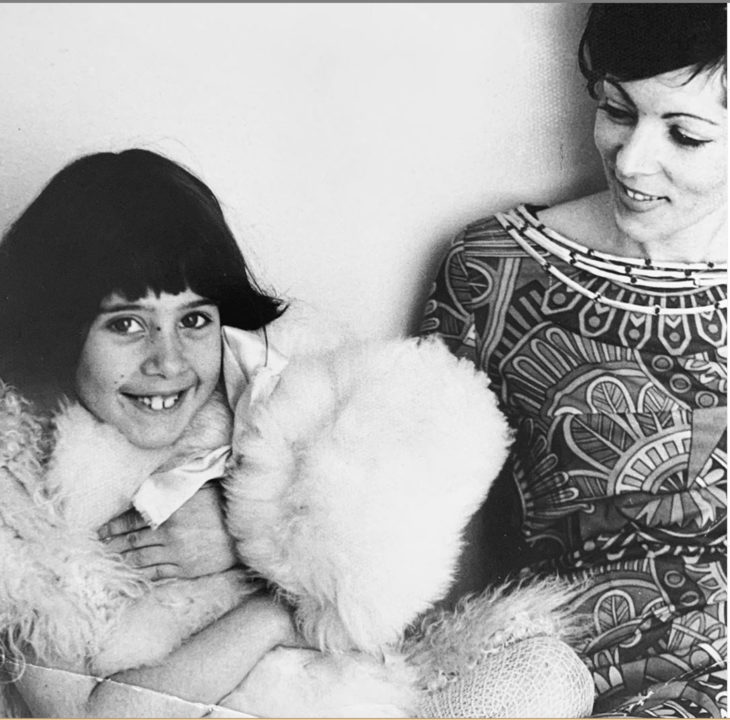 I finally found a photo from the time we lived in London. My mother Charlotte was (and still is)as you see, knock-out gorgeous and smart as hell. At the time this photo was taken, she was a bank executive setting up huge international barter deals trading steel and other raw materials. She was an innovator and entrepreneur before those terms became part of the lexicon. In many ways, she was ahead of her time. A single mother with two little girls, new to London, a woman in a man’s world, it can’t have been easy. I imagine her magnetic beauty both helped her and hurt her. We lived in what I believe was a residential hotel—or something like it—in Park Lane. We had a small apartment and there was a restaurant on the ground floor of the building. When my mother went out at night, my sister and I would go downstairs to have dinner served to us by kind and caring waiters. I loved one dish, in particular, tiny little fish deep-fried. Crispy. My mother had a fear of spiders. I don’t remember where or how, but one day I found a toy tarantula that looked especially real. I hid it away until our nanny took us to visit our mother at her office. I brought the spider with me and managed to hide it in her desk drawer. I thought it would be funny to scare her with it. She had quite a shock when she opened the drawer and discovered that very real looking fake spider. She screamed and didn’t think it was funny at all. Not long after this photo was taken we would move to another country. To the place where people wore flowers in their hair