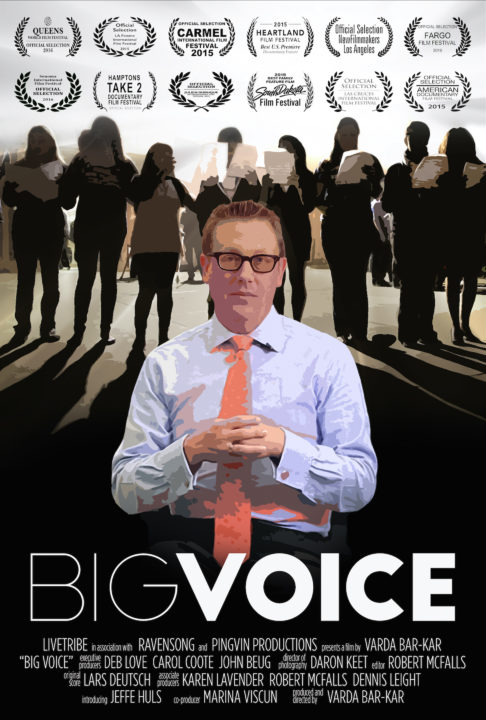 Big Voice captures a tumultuous year in the life of a visionary high school choir teacher and his students as they overcome seemingly insurmountable obstacles to become one big voice in this inspiring musical documentary. Big Voice was filmed over the course of a year and half in Santa Monica, California. In addition to enjoying a robust festival run, Big Voice screened at the United States Capitol in advocacy of Arts Education.